A dark journey: how child marriages can lead to human trafficking

After her 15th birthday, Mina entered a child marriage - the start of a long, tough road.

Wedding customs are diverse worldwide, including a bouquet toss, stealing a groom’s shoes or not smiling to respect the weight of the occasion.

But there is one illegal, poisonous wedding tradition known as child marriage – a global crisis of which there are 650 million victims today.

Child marriage is typically an illegal marriage or union between a person under 18 and an adult or another child. The crime can lead to a stack of issues for girl victims, including being targeted by human traffickers.

Destiny Rescue rescued 188 survivors in Nepal last year who became vulnerable to predatorial traffickers after being in a child marriage.

To walk alongside a survivor’s rocky route from child marriage to human trafficking, let’s explore their starting point.

Getting to the altar
In Nepal, the root causes behind child marriage are interwoven, like a spider’s web. The threads include gender inequality, poor education, cultural practices and poverty, a factor visible in a survivor’s story last year.

Living on the south edge of Nepal, Mina, 20, was raised in an impoverished family where her father made about $30 a week. After her 15th birthday, she was pushed into child marriage and added to a sobering statistic.

The precise cause of her marriage is unknown, but poor parents can marry off their daughters to offload the burden of feeding them or hand them a future filled with food, finance, and fine clothing – courtesy of a husband.

Mina could have been married off because of customs around a dowry too.

In Nepal, a dowry, an illegal but normal tradition, is a payment of $100 to $10,000 from a bride’s to groom’s family at the wedding. If the bride is older, the price steepens.

This expectation drives poor parents to send away their kids young.

Inside the marriage
Regardless of why a child got to the altar, victims of child marriages can all suffer from a range of issues after their wedding, like abuse, early pregnancies and stunted education, as many leave school once wedded.

Mina, hanging up her school bag at age 16, joined a list of kids struggling or starving for education in Nepal. According to a report in 2015 by the Government of Nepal, over half of Nepali females can’t write a sentence. 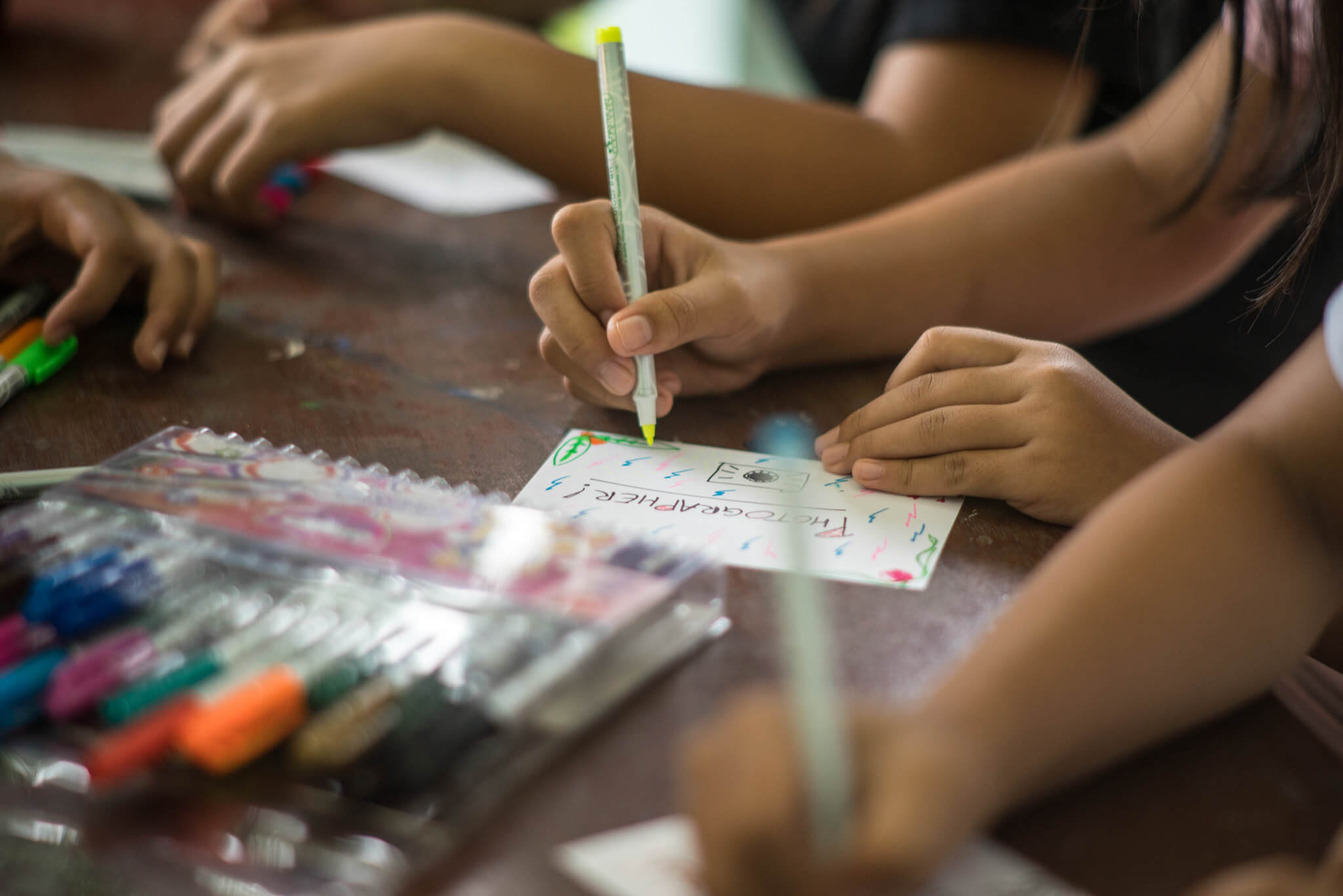 Child brides also tend to fall pregnant early, such as Mina. Whether they were pressured into it or lacked contraception, the brides and their baby can experience complicated delivers and even maternal death.

The brides can experience further health issues outside of the hospital, like mental, physical and sexual abuse by their husbands. Mina’s husband, who left to work in Suadi Arabi, hurled abuse at her each time she called him.

He also cut off her remittances for two years.

Following the collapse of her marriage, Mina was hung out to dry, being a separated, single mother who lost her financial support. While she landed a job as a retailer making $50 a month, she was a ripe target for traffickers.

Like many survivors in a similar boat last year, Mina met her trafficker on social media who offered her a well-paying job in a neighbouring nation.

But – in a sigh of relief – our border agents stopped Mina in her tracks as she approached the border of Nepal in December last year, preventing her from reaching her final, darkest destination: human trafficking. 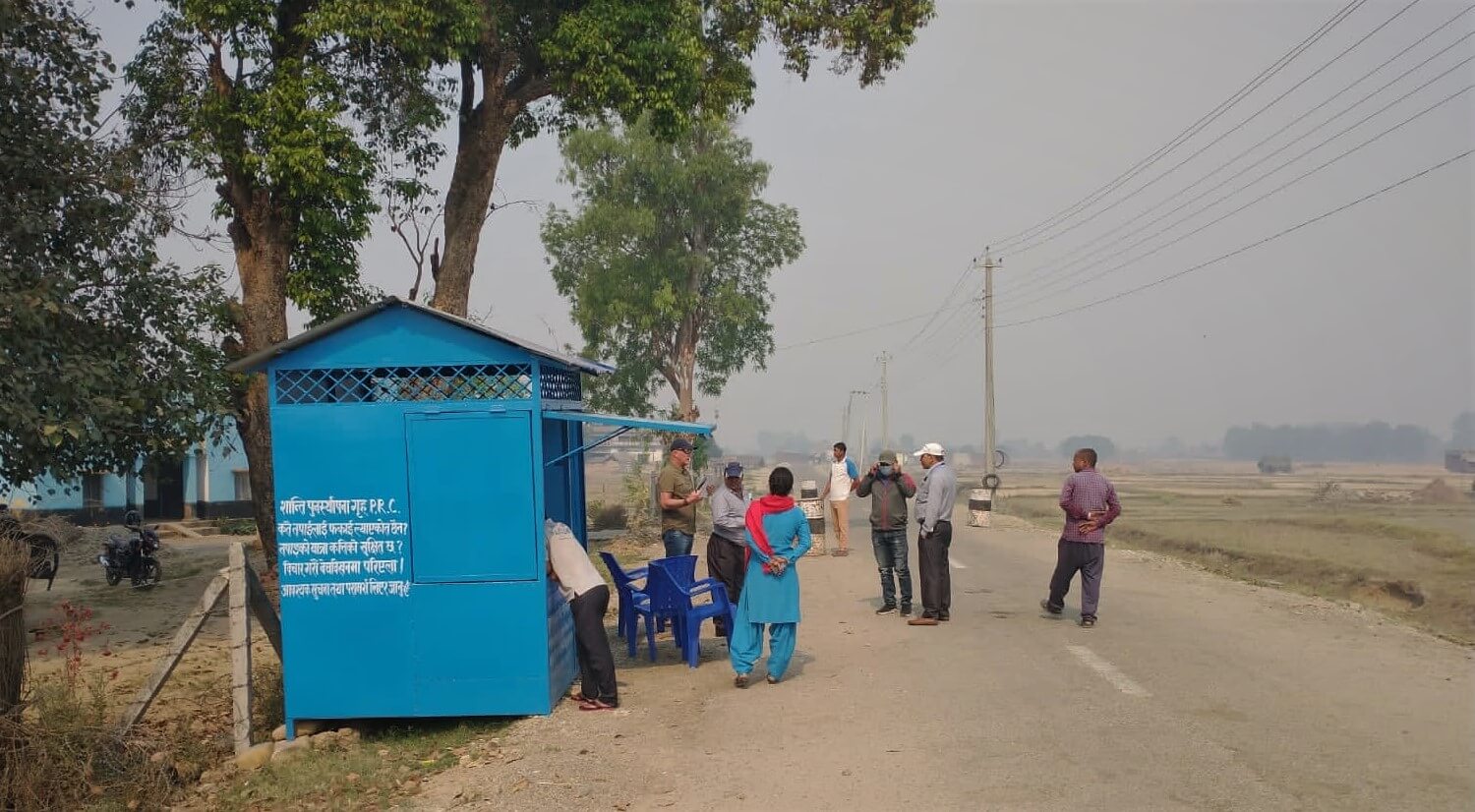 Our border agent stands at a border station in Nepal.

To the other side of the world
A route from child marriage to the sex industry can also be observed 3800 miles from Nepal to Uganda.

Sitting in East Africa, Uganda has the 16th highest number of child marriages worldwide, with 34% of its women aged 25 to 49 married before celebrating their 18th birthday, according to a report in 2019 by UNICEF.

Benson, Destiny Rescue project director in Uganda, says poverty is a critical factor in fuelling child marriage in the country, like in Nepal.

Impoverished parents, part of the seven million poor in Uganda, can marry off their daughters to “get rich,” Benson says. Unlike in Nepal, Uganda’s dowry, from $500 to $5000, is paid from the groom’s to the bride’s parents.

Some parents believe that the more girls you have, the more wealth you will fetch,” he says.

Poor parents might also send their daughter into an early marriage to relieve themselves from paying for her basic needs, like school fees.

Mirroring issues in Nepal, Benson says child brides are at a high risk of encountering a long, weighty list of issues once inside the marriage.

The girls can experience high rates of poor education, domestic abuse, sexually-transmitted diseases and mental illnesses, especially if they are forced to tie the knot. Early pregnancies, again, are one of the dangerous effects.

Teen pregnancies, from girls ages 15 to 19, make up a quarter of the 1.2 million pregnancies every year in Uganda, with 300,000 leading to unsafe abortion, according to UNICEF. The risk of maternal death for them is 28%.

As the straw to break the camel’s back, husbands can also abandon their child brides. Given this – and the mountain of potential issues – some girls in the country turn to selling sexual services for basic needs to stay alive.

Destiny Rescue doesn’t yet trace how many survivors were also victims of child marriage in Uganda. However, our team rescued 429 people – almost all children – from selling themselves for survival.

Where’s the resistance?
Uganda and Nepal have built laws against child marriage despite the crime remaining a chronic, perennial issue in their respective land.

Despite these rules – and government commitments to fighting the crisis – some poor, desperate parents and law enforcement turn a blind eye to the laws in their respective countries. “There are challenges,” Benson says.

To help wage war against child marriages in Uganda, Destiny Rescue and our partner organization empower girls across the country, including teaching them how to clothe themselves in dignity.

They recognise that their body is a temple of God and that they are not sex objects,” Benson says.

Our team also teaches girls about life skills, assertiveness, financial independence and how to report an instance of child marriage. We also offer them vocational training and education, among other services.

“[Girls can be] living examples who have survived child marriage.” 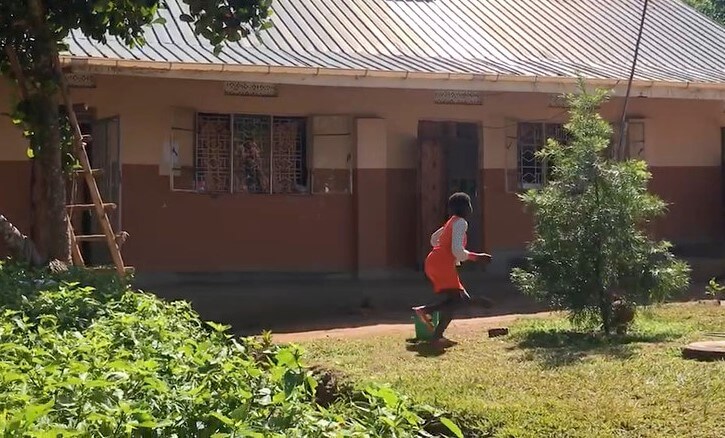 Relentless rescue
Destiny Rescue rescued more than 1200 survivors in Uganda and Nepal last year, with a portion of them suffering from child marriages before our team found them – a nightmare that could worsen in the future.

In the wake of Covid-19, the number of child marriages and exploitation worldwide is expected to skyrocket. If you would like to enrich our team’s fight against human trafficking across the world, please consider donating.