Human trafficking can sometimes hide in plain sight. The devastation caused to its young victims is no less treacherous. No matter how dark it gets, healing is possible and the hope found in freedom changes lives.

At nightfall in Thailand, a row of bars hugs a narrow city street. Men saunter down it past young women who parade outside in shorts and bras. The bars hook the men in with slinky women, loud music and liquor bottles glistening on a back wall.

Inside bars like this, where disco lights fly around, 17-year-old Dao would feel strange men touch her body while waitressing.

Dao wanted to escape, but her mother said, “wherever you are, do the work.”

“I felt very sad because my parents did not care,” Dao says about her life in 2013.

However, Dao – in a complete flip – is today free and thriving. She studies humanities at a university in Thailand, has learned four languages, and now wants to become a missionary.

To grasp her story, we must rewind to when she first entered the workforce – at six years old, picking tea at a farm in northern Thailand.

Dao’s tribe speaks a Tibetan-Burmese language, unlike most people in Thailand who speak Thai. Because of the language barrier, Thailand businesses never hire Ahka people.

“Akha people will just stay where they live … They will pick corn and grow rice,” she says.

Her family was in extreme poverty because this type of labour did not pay well. Dao wanted an education, but they could barely afford rice. Sometimes they starved for a day or week.

To calm their rumbling stomachs, her parents made her pick tea at a farm. Being a child, she picked slowly and earned about 35 baht or $1 a day.

“I could only earn just enough to buy food each day for myself and my brother.” 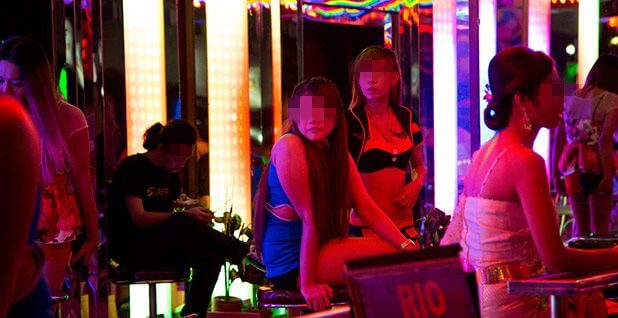 Open at night
To catapult her family’s income, Dao’s parents sent her to work at a restaurant in a city at age 17. Ahka parents commonly cash in their daughters to make big bucks, she says.

However, the writing was on the wall when she arrived at the ‘restaurant’ and noticed the doors strangely shut during the day.

“[The owner] told me that at night this business is open – it only opens at night,” she says.

Dao was then handed an uncomfortable script for work at a bar. It told her to dress “sexy” and sit with male customers for money.

On her first night, a flood of men came in for a drink. “Many guys were touching our bodies … Why do they have to? Because I don’t want to.” she says.

Touch after touch, night after night, Dao’s self-worth started to slip away. She believed no friends or other employers would want her now. She called her mother to explain how “this burden was too much” but found no sympathy.

Parents don’t care about where their kids are going to work … Just send me money back.

Beautiful
One night, however, Destiny Rescue’s rescue agents entered the bar, spotted young Dao and asked her questions such as “how old are you?” and “did you want to get out?”.

“Yes, I want to,” Dao recalls replying before her life changed.

Three-quarters of the young women and children Destiny Rescue saves in Thailand come from hill tribes.

Dao was then taken to a Destiny Rescue residential care home in Thailand, where she followed our reintegration program for two months.

Every day Dao learned about how to work through trauma, the English language, Bible and – to her surprise and disagreement – was told how beautiful she was.

“I know that I’m not beautiful. I am not worth [anything],” Dao recalls thinking.

But she learned how to discredit that perspective after understanding God’s grace and forgiveness and becoming a Christian. “After understanding more and more, I accepted Jesus as my savior. And then my life began to change so much,” Dao says.

“Those girls see how our staff treat them and how the staff are living their lives,” she says.

Rompanatham also says it is tough for a girl to bounce back from being traumatised in a bar, but Dao was “very amazing” and was encouraged to learn more. 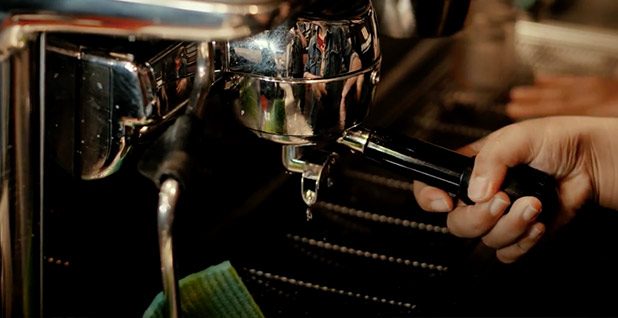 Dao learned how to waitress, make coffee and cook food at a Destiny Rescue-owned café in Thailand. However, she was no Gordon Ramsay at first.

“The first day I cooked, they tasted the food and it was inedible because I added every sauce I could find,” she recalls with a chuckle. But after learning how to tame her sauce distribution, she loved cooking.

“It made me realise I can do more than that one thing,” she says.

The ministry’s cofounder, Jonathan, says Dao became a daughter to him and his wife rather than a mere employee shortly after hiring her.

“She was spending more time with us. She was eating with us, always hanging out,” he says.

The organisation’s other cofounder says Dao had to learn how to fit in a family dynamic as she was formerly “abandoned, beaten and sold”.

These traumas from her past made her “jaded and hard,” Jonathan says.

Dao admits she was bad-tempered in the past. But this anger was calmed after prayer, finding faith and knowing God does not note people’s wrongs and keep them in His back pocket.

She learned how to shift her eyes away from her past and to her virtues. Dao also threw away bad habits and grounded herself in the Christian Gospel.

People could see a big change in me. My life and personality were different,

Dao held special fury and unforgiveness toward her mother, who created “the most hurt I ever experienced”. But after God softened and strengthened Dao’s heart, she forgave her mother.

“My gentleness was also a witness to my mother. Now she has so much faith in God and she follows His example in a good way.” She also finally feels loved by her mother.

Dao says her heart now beats for children, and she wants to be a missionary after she finishes her university degree next year.

With four languages up her sleeve – Ahka, Thai, Chinese and English – she wants to teach English and the Bible to non-Christian countries.

“God has led me to work with a lot of children … so when they grow up, they will walk the right path.” 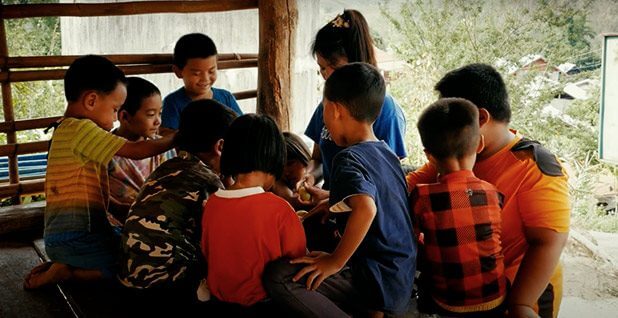 Dao is playing with children from a hill tribe in Thailand.

Just one
While Dao’s story is triumphant, it is not uncommon. Her situation is just one chalk line next to millions exploited like her.

In fact, 4.8 million people were stuck in sexual exploitation at any given time in the world in 2016, according to global human rights agency International Labour Organisation.

But Dao’s unique factor, Jonathan says, is her renewal and restoration. She was able to unchain herself from entrapment and anger and start a life of freedom and ambition.

“A lot of these kids don’t have the people to stand up and say, ‘I’m going to fight for you’.”

Destiny Rescue is relentless when it comes to saving women like Dao – our team has freed more than 300 women and girls this year. Their freedom is made possible by your donations.

Her name has been changed to protect her identity