Explore Uganda part one: The diamond of Africa

Uganda is synonymous with natural beauty, but child street prostitution is a thorn in its land.

Hearing rhythmic clapping, maracas shaking and the bass of djembe drums rippling through the ground, tribal men and women perform a traditional dance in Uganda, Africa.

While their grass skirts swing and beaded necklaces bounce, the women sway, beam smiles at each other and outstretch their arms to represent their native cows, Ankole Cattle, which have six feet long, girthy horns.

The dance, performed by the Ugandan ethnic tribe Banyankole to honour births, marriages and cattle, is one of many cultural dances in Uganda. The country has 56 tribes, each with a unique dance.

It is a wonder, however, how these tribes are standing, let alone dancing.

Sir Winston Churchill, former prime minister of the United Kingdom, once dubbed Uganda the “pearl of Africa”. But a diamond is a more accurate metaphor today, given the country has been put under crushing pressure.

In the past 50 years, Uganda has stared into the eyes of terror, facing despotic presidents, military coups, civil war and rebel groups. Today, the country battles poverty, gender discrimination and child sex trafficking.

Destiny Rescue landed in the country late last year to scratch away at tens of thousands of children being sex trafficked there. Our rescue agents have rescued over 100 girls so far.

To understand the weight of Uganda’s history – and how it fuels child sex trafficking today – we must flick through the pages of the country’s life.

Unlike many postcards of Africa displaying empty, hot deserts, Uganda has a rich range of animals, flora and landscapes featuring savannas, forests, lakes, and a snow-capped mountain range, the Rwenzori Mountain. 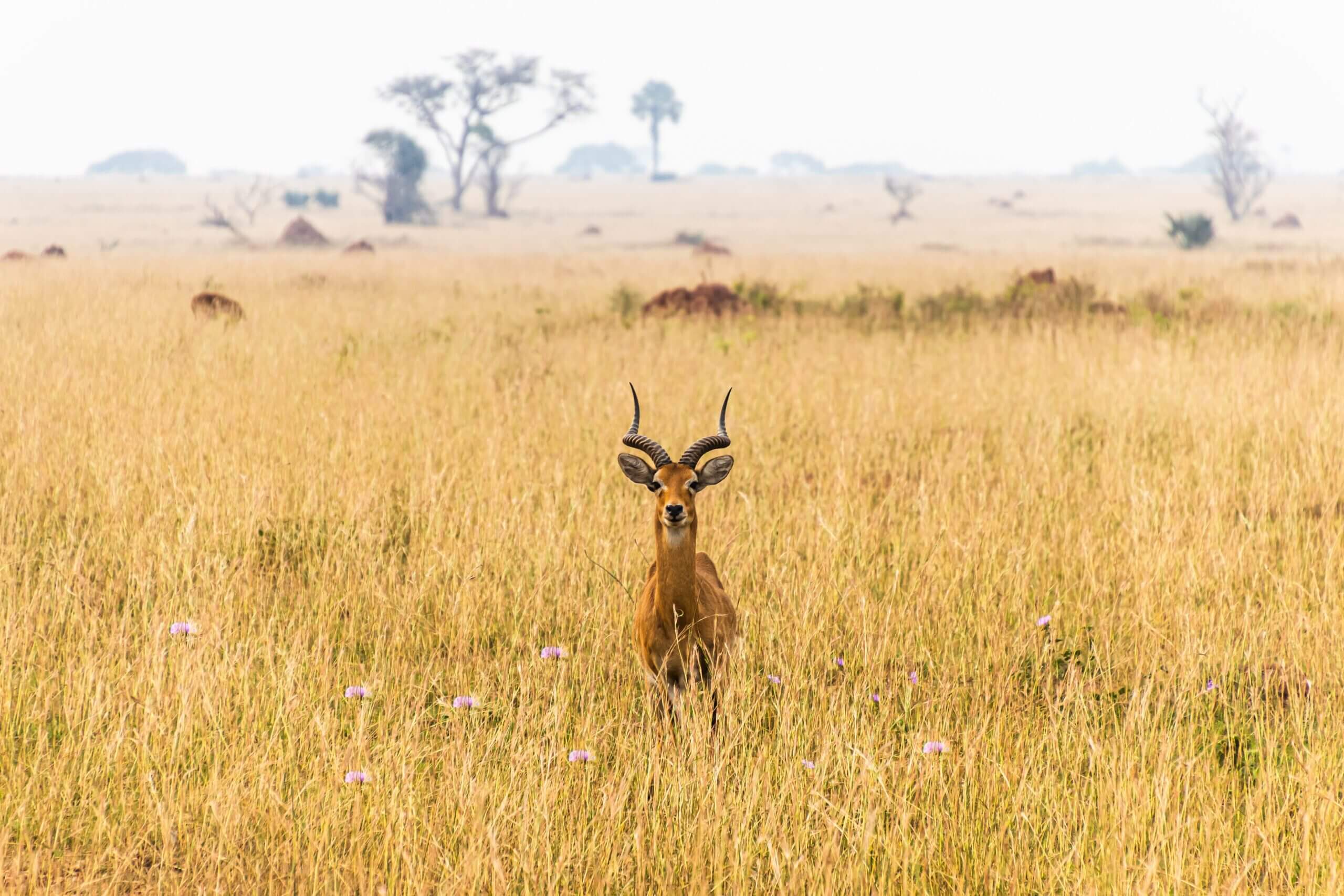 Sat along the country’s southwest border, the range comprises six peaks, each glaciated, built on jagged-edged rocks, and separated by deep gorges. The tallest peak tiptoes at about 5000 metres.

Uganda, which has a warm, tropical climate, is mainly blanketed in sun-beat savannah grasslands dotted with acacia trees, but it also has forests and six major lakes.

One of the lakes is the second-largest freshwater lake on the planet, Lake Victoria – about 100 times bigger than Lake Taupo, New Zealand. The Nile River, the longest river globally at about 6600 kilometres, flows from this giant lake and empties into the Mediterranean Sea.

Uganda has a diverse range of wildlife, including lions, elephants, giraffes and a handful of birds – more than 1000 species, including the fish-eating raptor, African Fish Eagle.

Young, Christian faces
Uganda has the youngest population globally, with more than half of its citizens, about 23 million people, being children.

The citizens, mostly Christian, fall into four main ethnic groups called the Bantu, the biggest, Nilotics, Hamites, and Nilo Hamites. Though, there are many subgroups, explaining why there are 40 languages in the country.

The three main languages are Luganda, Swahili, and the nation’s official language, English, which is used in schools, courts, and newspapers.

Following in similar footsteps to American and British English, Uganda has a dialect – or ‘local flavour’ – of English called Uglish. Under this dialect, the phrase “you’re lost” means a person hasn’t seen someone for a long time.

Three-quarters of civilians reside in villages or towns in rural areas across the country. Most of them toil in the agriculture sector, farming maize, sweet potatoes, cotton, tobacco, tea and – famously – coffee.

About 1.7 million people live in the country’s largest city and capital, Kampala.  Nicknamed the Happy City, it features mansions, skyscrapers, and restaurants, but also slums. Residents and visitors tend to commute on motorbikes, called boda bodas, to weave through the city’s thick traffic.

But despite a Ugandan’s residence, job, ethnicity or cultural dance, sexual exploitation could taint them in the country – especially if they’re a child.

Child sex trafficking
Ugandan children, both boys and girls, can suffer from sex trafficking, forced marriages, and online exploitation. However, street prostitution is an out-of-hand form of sexual abuse across the country.

Uganda has a “robust” legal and policy framework to fight the sexual exploitation of children. But prostitution is still a “considerable threat” to kids in Uganda, according to a report in 2019 by anti-child exploitation network ECPAT International.

About 10,000 children live on the streets around the country and are prostituted by older men and women, known as ‘sugar daddies or mummies’. The traffickers sell kids, as young as seven, for about $5 to $13.

About 16 new children flock to the streets of Kampala every day.

Nearly one in five girls and one in seven boys reported they had previously exchanged sex for material support,” the report said.

In total, Including all forms of sexual exploitation, there could be up to 12,000 kids being abused in Uganda, according to a report last year by the United States Department of State, a US federal government department.

Children are often forced by traffickers to beg in Kampala, but the government has banned giving donations or food to them.

Poverty and mass displacement are big reasons behind why these children are sexually exploited in the country.

Uganda is one of the poorest countries in the world, according to global anti-poverty institution World Bank.

Nearly 20% of the country – about seven million people – lived below the national poverty line between 88 cents and $1.04 a day in 2013. What’s worse, this percentage jumps to 41% when measuring the country by the international extreme poverty line of $1.90 a day.

Uganda’s war-torn past is partly responsible for choking the country’s economy and displacing tens of thousands of people.

In part two, we explore the country’s history and other causes behind its poverty. Follow the link to continue reading: /blog/explore-uganda-part-two-a-merciless-history/(opens in a new tab)