She Changed Her Name to Victory

From a young age, Namazzi's life was bleak. Even when a Destiny Rescue agent offered help, she doubted anything could change. Little did she know the amazing transformation that awaited her on her path to freedom.

She never knew her mother, and her father abandoned her with her grandmother when she was very young. But because of her grandmother’s cruelty and abuse, she ran away and ended up in a crime-ridden slum in a large city. The wrongs she endured twisted her sense of value: Namazzi began to hate herself.

When she was just 12 years old, Namazzi turned to drugs to cope with the trauma of abuse.

By age 13, she was entrapped in a brothel, addicted to opiates and pregnant. With no support system, she was forced to give birth alone–without medical care–twice. Her first baby tragically died in childbirth; the father took her second baby away. Barely into her teens, Namazzi had already lost two children.

Life in the Brothel

Brothels in Uganda ensnare young women and children by charging desperate girls exorbitant rent daily for a place to stay. To keep a roof over her head, Namazzi sold the only thing she had: her body.

Nemazzi was forced to go to extremes to continue living with the guilt and self-loathing she endured. She fell even deeper into her drug addiction–to the point of using stolen jet fuel to get high.

Hopeless and hurting, she began to think of herself in a term locals use for addicts: spoilt.

But one day, as she was in the act of taking drugs, someone stopped to talk to her.

That person was one of our Destiny Rescue rescue agents. Namazzi resisted when he offered her a way out of her desperate situation. “No one had [ever] helped me,” said Namazzi. “I had lost hope.”

Gripped by hopelessness, she argued that nothing could be done for her. “I thought God was not there,” she said.

But our rescue agent didn’t give up. Drawn by the offer of food, Namazzi finally took the first step toward freedom by enrolling in our residential program. 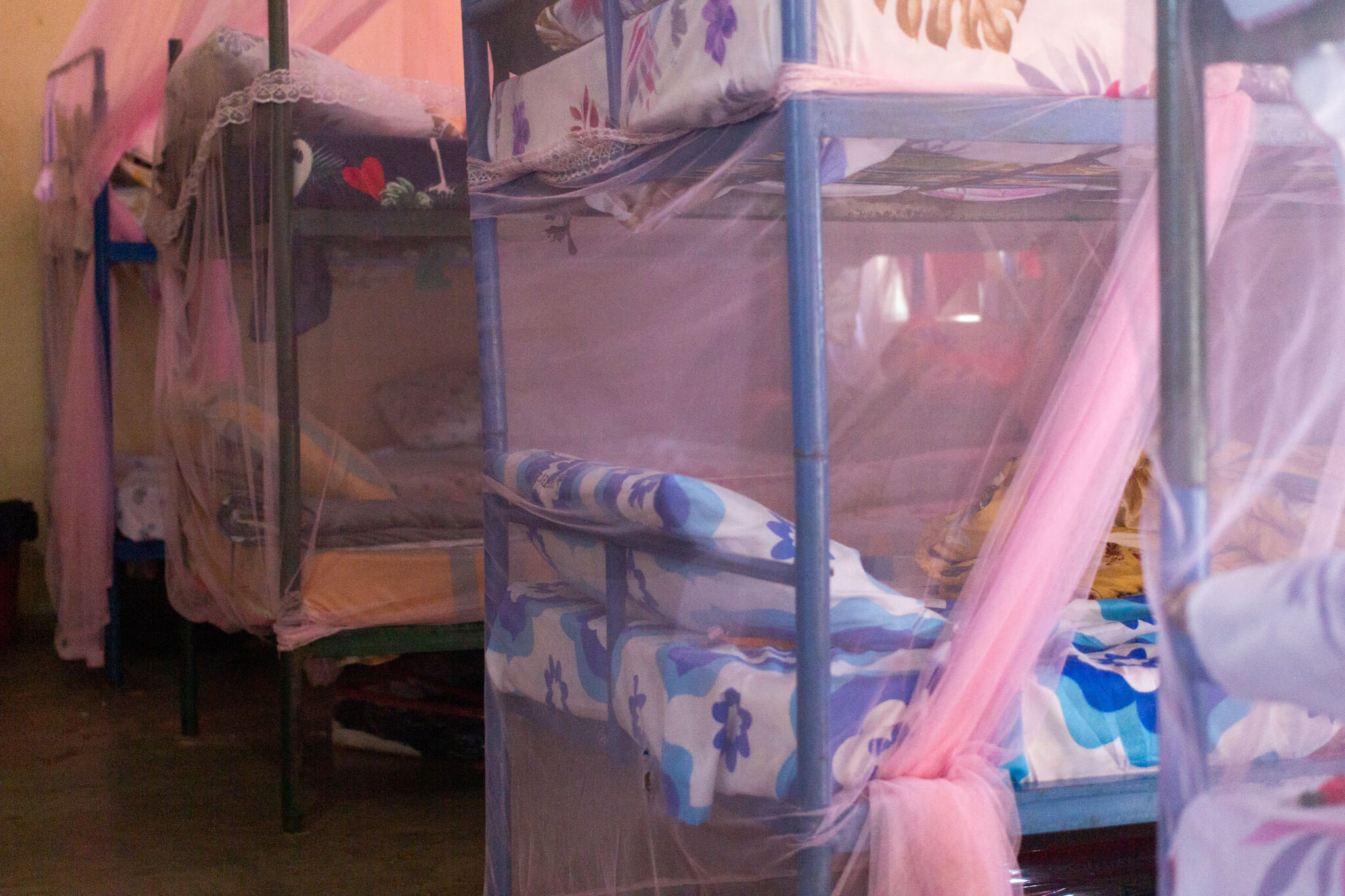 Beds at the residential care home in Uganda

Her journey to freedom wasn’t easy.

Moving into the home brought its own challenges. During her first month, Namazzi suffered terrible withdrawal symptoms as her body responded to life without drugs. She was wracked by guilt and shame, worried that she’d end up ‘spoiling’ the other girls in the home.

Things came to a head when a few other girls, still early in their recovery journeys, reminded her of the darkness of her past. Overwhelmed with self-loathing, she attempted to end her life by jumping into a deep well.

But her story didn’t end there. She survived the fall and was discovered by one of the other girls in the home. Even then, Namazzi fought rescue: she yelled to the other girl, “Don’t tell anyone; I want to die in here.” Despite her protests, she was freed and brought back to the home.

The counsellors tenderly guided her to gradually develop a healthier view of herself. Namazzi recalls realizing that “all the girls who are here also went through the same situation.” As her counselling continued, she came to see herself as God sees her: a cherished child worthy of His love.

“I found the Lord. Because…the project changed me, I serve the Lord,” Namazzi shared.

One night, Namazzi had a startling dream. In it, she heard a voice tell her to change her name. In her language, her new name means Victory.

That name change is indicative of what has happened in Victory’s life. Now, she praises God in the church choir and even counsels other girls with similar stories. She has plans to open her own boutique. Her songs are full of joy, and her heart is full of gratitude:

I thank the Lord God. I thank you all for bringing this project (to my area). Thank you very much!” 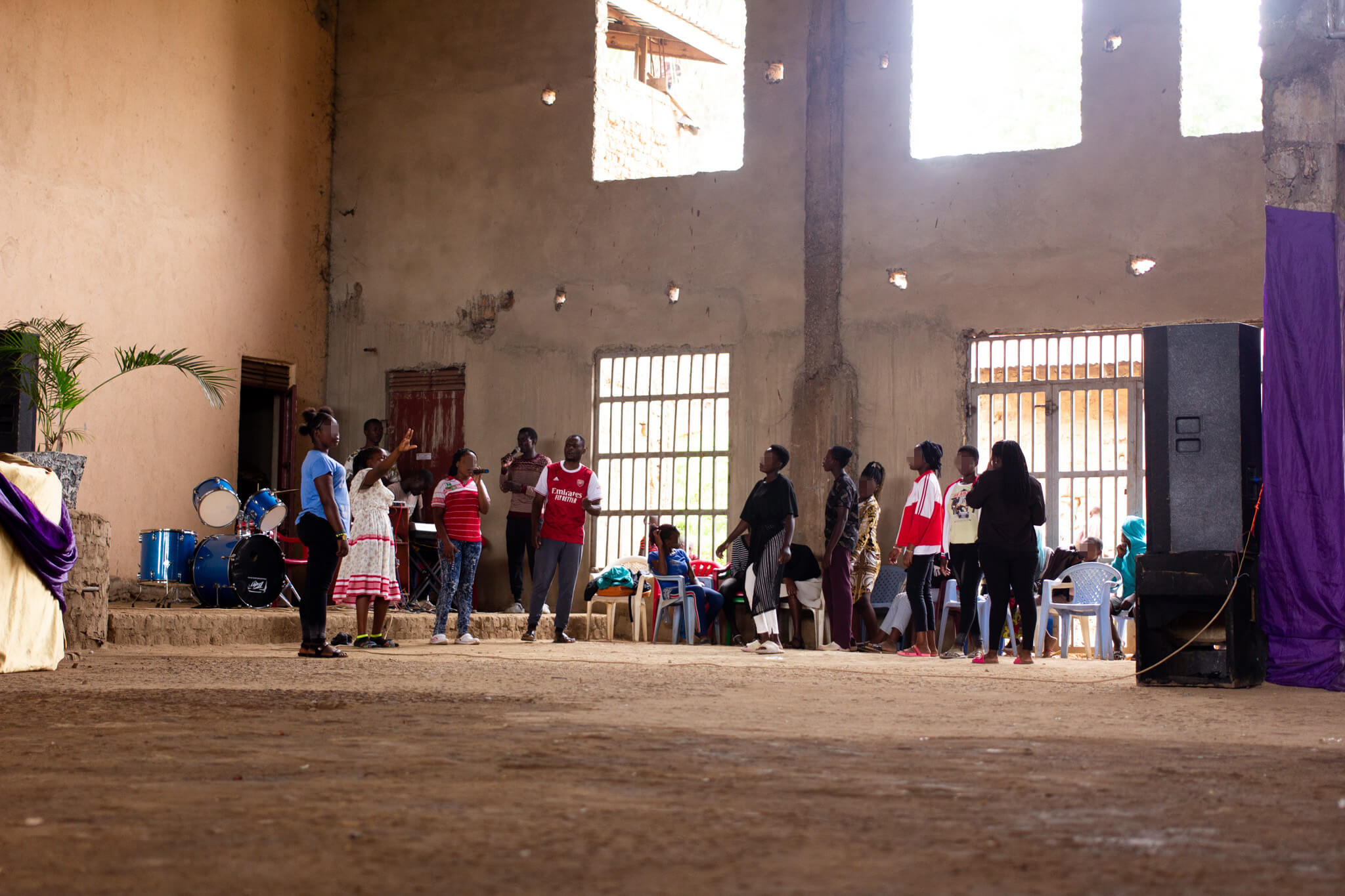 Your dollars will fight for freedom.

We value transparency and are committed to using funds in strategic ways to accomplish our mission and vision.

Destiny Rescue is a registered charity with the Australian Charities and Not-for-profits Commission (ACNC) and complies with ACNC’s governance standards, including the new External Conduct Standards. We are also a code-compliant member of the Fundraising Institute of Australia (FIA). The FIA code sets a high standard for fundraisers, ensuring all funds are collected ethically and with accountability to all stakeholders.